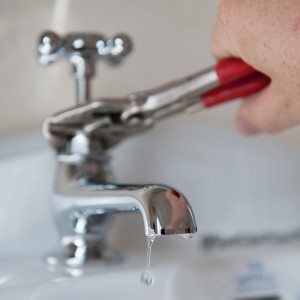 Here at the Meticulous Plumbing blog, we’ve written about a good many things and answered several plumbing questions. From diagnosing water heater problems to choosing the perfect kitchen sink, we try to cover a broad range of topics.

Still, there are some things that escape our notice because, well, they’re just not the kind of topics or plumbing questions that most of us think about from day to day (hopefully). We decided it would be fun and instructive to write a blog post covering some common plumbing problems that people don’t really think to ask about.

How deep are water lines buried?

Most of us never have to think of the system of pipes that bring water into our homes and businesses. It’s really a marvel of engineering and good ol’ fashioned know-how. Plumbing problems can still crop up, but quality service is just a phone call away.

That’s because for most plumbing questions — whether it’s a malfunctioning garbage disposal or a lack of hot water — there’s a plumbing repair that can solve the problem.

Ever since Neolithic humans began digging permanent water wells, we’ve been perfecting systems of water delivery. How do we do it? By burying a series of pipes. But how deep do we have to bury them? The answer varies depending on the pipes’ location, the slope of the land, and the climate.

How much water is wasted by a dripping faucet?

According to the Environmental Protection Agency, “The average household’s leaks can account for nearly 10,000 gallons of water wasted every year and ten percent of homes have leaks that waste 90 gallons or more per day.” That adds up to about 1 trillion gallons of leaked water nationwide every year!

Cut down on your waste (and water bill) by paying attention to the water flowing in your house. Meticulous Plumbing can fix your leaks, by the way.

Where does the word ‘plumber’ come from, anyway?

The Romans invented a lot of things — including the word “plumber.” They used lead in many public works projects, such as drain pipes. Since the Latin word for lead is plumbum, a person who worked with lead was called a plumbarius (eventually shortened to plumber). Speaking of lead, Meticulous Plumbing can help with that, too.

Are there drugs in my water?

Probably. It’s true that more and more pharmaceuticals are showing up in our water supply due to people flushing pills down the toilet. However, Raymond M. Hozalski, an engineering professor at the University of Minnesota, says “the levels coming out of the tap are usually barely detectable, if at all.” Fish, on the other hand …

Can I rid my tap water of contaminants by letting it run?

Yes! Again we turn to Hozalski. He says, “Before you drink from your tap, let the water run a few minutes until it’s cold — this essentially flushes out anything that may have accumulated.” If you have plumbing questions about wasting water — as you should be — then collect the water in a can to use to water your plants.

Can boiling water unclog a drain?

Maybe — but probably not. There’s a good possibility that the boiling water treatment will just push the clog deeper into your pipes, meaning the oil or grease or hair (or some combination of all three) is now more difficult to reach and remove. Drain cleaners and other drain cleaning products might be better options to consider.

Chemical drain cleaners can be effective at removing even the toughest clogs. They come in liquid, gel, and powder forms, so be sure to use the one that’s right for your particular situation.

Is low water pressure a problem?

This is one of the more common plumbing questions. The answer: Yes and no. It says they’re flushable on the package, but that doesn’t mean you should flush them. (Marbles are also flushable, and you wouldn’t start throwing those in the toilet, now wouldja?)

So-called “flushable” wipes are the scourge of city water treatment systems the world over. And the problem is only getting worse.

Avoid flushing them if at all possible — especially if you have septic systems. It isn’t worth the thousands of dollars in damages that they could potentially cause. Trust us. In the meantime, here are some other things you should never flush down the toilet.

Is there an optimal water heater temperature?

Cold water can really put a damper on your relaxing self-care bath time, so keeping your water heater at a good temperature is important. But is there an optimal water heater temperature? Yep! Most experts suggest a setting somewhere between 120 and 125 degrees Fahrenheit.

Keeping the thermostat set at a maximum of 120 degrees also saves money. You can save between 12 and 30 dollars annually for a 10-degree reduction in thermostat temperature, according to energy.gov. In addition, a lower setting slows mineral deposit buildup and corrosion in water heaters and pipes.

Do galvanized pipes cause trouble?

Sometimes. Galvanized plumbing, or iron pipes, were popular in homes built prior to the 1960s. However, they may cause low water pressure due to corroded or plugged-up pipes. And when galvanized plumbing goes bad, the fix can be expensive.

If you have concerns about galvanized pipes, contact our specialists at Meticulous. Other materials can also cause issues over time, including copper pipe, PVC pipe, and polybutylene piping. However, these materials are much newer than iron and may still have a lot of life.

Work with the best

Do you have more plumbing questions or are you in need of a professional plumber? Well, you’re in luck! Meticulous Plumbing offers some of the best customer service in the industry. We take great pride in fixing your problems the right way, with no shortcuts or turnarounds!

Leaky pipe? Clogged toilet? Sump pump failure? Call a plumber! We’ll get your plumbing systems up and running in no time.

After all, we’re not just good, we’re Meticulous!

Mon-Thur 7:00AM - 4:00PM
Fri 7:00AM - 3:30PM
Licensed, Bonded & Insured.
CCB # 186657
The professionalism and personalism of this plumber was outstanding. On time, efficient, accurate and thorough! All of the plumbing looks great and works very well. I am certain this was an investment in the right company!